this in his 15th year of coaching wrestling and he teaches English at Frontier High School.

A St. Francis High School graduate, Franciotti would become a 7th place finisher in the state meet as a Senior, despite having only started wrestling as a Freshman.

He would go on to wrestle at Division 1 Cal State Bakersfield.

After college, Franciotti would go into banking, before switching career paths where he would become a high school teacher and a wrestling coach.

He began his coaching career at Frontier High School in 2008-09, before leaving to take on a Head Coaching position at West High School where he would coach for two years.

He would eventually return to Frontier in 2010-11. In 2015-16, Franciotti would be named Co-Head Coach with former head coach, Kirk Moore, who would leave coaching high school in 2017.

Carlo Franciotti was the 2018 Bakersfield Californian Coach of the Year in his first year heading the program after an all time high, 6th place team finish at the state championships.

In his time at Frontier, he has coached 62 state qualifiers, 16 state placers, and two state Champions. He has coached numerous wrestlers that would go on to compete at Cal Poly, Cal State Bakersfield, Colorado School of Mines, and Missouri Baptist, among others.

He also coaches and volunteers his time with the Elite Force Wrestling Club in town. 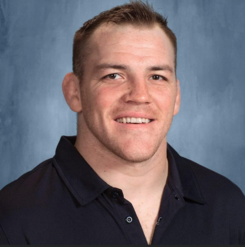 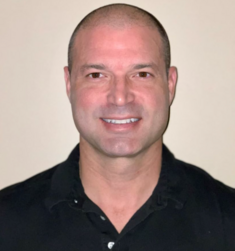 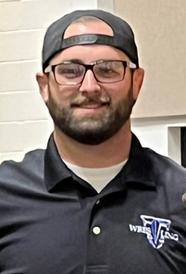 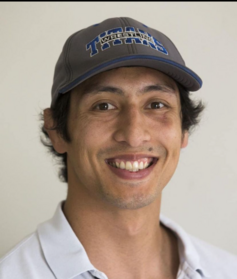 Battisto was a 2014 graduate of Harbor High School (Santa Cruz) where he was a two-time CCS Champion and a two-time state qualifier, finishing in the round of 12 as a Senior. In high school, Battisto was in theater, link crew, student government, and played football.

After high school, Battisto would earn a walk on roster spot at CSU Bakersfield where he would eventually earn a scholarship. He would go on to be a 3-time Pac-12 placer, finishing 3rd, 4th, and 2nd in the conference.

At the conclusion of his collegiate career, Bryan would begin teaching and coaching at South High School in Bakersfield. In June of 2021, he began coaching at Frontier and the Elite Force Wrestling Club.

During the summer break, Battisto likes to travel to different wrestling rooms and work wrestling camps across the country.